Himalayas Salt from the Himalayan Mountains with the optimal mineral balance and purity. Can not be compared to ordinary table salt that is artificially produced.

Himalayan Salt with optimal mineral balance and purity. Can’t be compared to regular table salt that is produced artificially. Can be used for food or therapeutic purposes. I myself use Himalayan salt with vitamin C to get rid of infections deep in the body.

Salt has been considered one of the finest goods and was widely used in trade during antiquity in exchange for other goods. The salt was high in course. Since ancient times, man has used salt to increase the durability of, among other things. meat during travel. Man then took about 20 grams of salt a day and did not suffer from any welfare diseases from it. When there have been major epidemics in the world, it affected mainly poor people who could not afford salt.

Himalayan salt and infections such as Lyme

Lyme was a fairly unknown disease until the 1970s even though ticks have existed forever. Ticks have also carried infections forever. During the 70’s, governments began to propagate that salt was unhealthy and that it should be reduced in our diet. The cases of Lyme, Babesia and other infections began to increase record-breakingly. In Japan, Lyme has not existed until the last 10 years. During the last 10 years, iThey have begun to reduce the salt in the food and infections increased in the same way as in our 1970s.

Actually, they do not have much in common. Table salt is made chemically and contains no minerals or other nutrients. I would never take this salt if it can be avoided. I agree that this salt is unhealthy. Himalaya Salt comes from the Himalayan mountain range and is completely clean from toxins and contains the minerals you need.

Himalayan salt with other products

To get rid of heavy metals I use Chlorella Sorokiniana and Cilantro leaf powder. For pathogens such as worms, parasites, viruses, bacteria and molds, I use sodium chlorite 22.4%, hydrochloric acid 4%, bentonite and DMSO. I drink, take enema and nasal irrigation with (Never take DMSO in enema).

Also see the homepage for the Soulbalancemethod

There are no reviews yet. 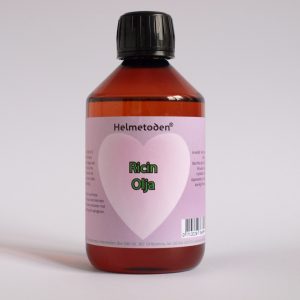 Take 1/2 teaspoon to 2 tablespoons castor oil. The dose is built up by hand. Good to use in parasite and worm treatment. Usefully used with Soulbalancemethods other products against poisoning and pathogens, 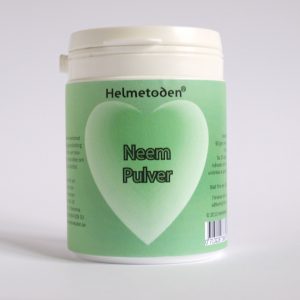 Neem powder is the optimal product for the cleaning of worms, parasites and other unwanted pathogens in and on the body. Can be taken both internally and externally. Avoid during pregnancy. Combined with Chlorella, Cilantro, Chanca Piedra, Sodium Chlorite, Hydrochloric Acid and DMSO for best results.

Neem powder is the optimal product for the cleaning of worms, parasites and other unwanted pathogens in and on the body. Can be taken both internally and externally. Avoid during pregnancy. Combined with Chlorella, Cilantro, Chanca Piedra, Sodium Chlorite, Hydrochloric Acid and DMSO for best result. 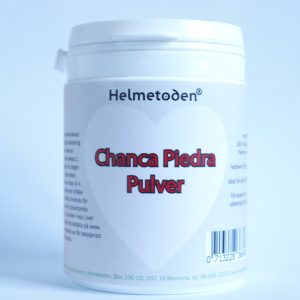 Chanca Piedra powder is used for worm and parasitic protocols. Removes the hard outer shell that protects parasites and worms in the body so that they can be more easily cleaned with water purification products. 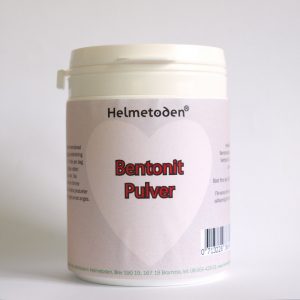 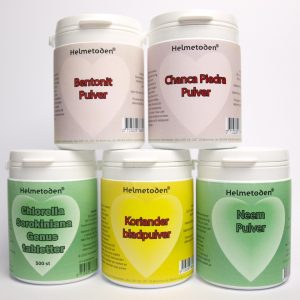 Choose 10 jars of any combination of Chorella, Cilantro, Neem, Chanca Piedra, Bentonite. Specify which jars you want in the comment field associated with the order.

Used for worms and parasite protocols. Removes the hard outer shell that protects parasites and worms in the body to make it easier to clean them with the water purification products. Solves oxalates created by parasites that cause kidney stones and other negative deposits in the body.